Why Google Is Waging War on App Interstitials It has been a topic of discussion in the web design world for a while now, but the news that Google has declared war on app interstitial is no less striking. Beginning November 1, websites that make use of interstitials, which hide a significant amount of content, are set to be penalised, and will no longer be considered mobile-friendly.

As you know, app download interstitials are widely used, completely dominating a screen by overlaying the website content with a single advertisement. The product could be a website’s own app, or a mailing list signup form or a more general type of advert.

But since they are designed to stop site visitors in their tracks, it’s hardly surprising that the overall reaction has been negative. In fact, there is plenty of data to suggest interstitials are more likely to backfire on a promotional campaign. But why is Google taking such a strong stance? And what does this actually mean for web designers and users alike? Here are a few of the main reasons.

The issue is not so much the fact an advert for a new app appears, but the level of intrusion it causes. It’s a bit like an over-zealous sales person jumping out in front of you while you enter a store, then repeating the action as your browse. Would you give in and engage, or just leave the store and stay away?

Google themselves came to the conclusion that promotional app interstitials were more trouble than they are worth, at least in terms of user satisfaction. Their own study in July 2014 involved examining user reactions to an interstitial on its own Google+ mobile web, and the vast majority of visitors were clearly not happy.

When they removed the interstitial, and replaced it with a Smart App Banner, they recorded:

Comparing the results, Google concluded that there was effectively no advantage in using the more intrusive full screen app interstitial over the banner.

So, they decided to “permanently retire the interstitial”.

The motivation behind Google’s test came partly from Jennifer Gove, who highlighted the frustration of mobile users when access to a website is blocked by a full-screen app interstitial – or “Door Slam” as it’s also known.

“The user wants to get some experience of your company or to do some task, and they didn’t appreciate anything that hindered them from doing that… [In this situation] you are losing the opportunity to engage with users,” she pointed out.

1. Mobile-Friendliness is a Ranking Factor

Every site needs its advertisements, whether for the company’s own apps or for a source of revenue from partners. However, high ranking is also critical. Thus the need to not impede visitors with intrusive promotions has become more significant than ever.

We all know that space on a mobile site is at a premium, so it stands to reason that any unnecessary consumption of that “screen real estate” is going to be counter-productive. With the clearly negative reaction users have to app interstitials, there seems little point in creating them anyway.

In their announcement, Google issued a battle cry: “Let’s remove friction and make mobile web more useful and usable!” Basically, let’s stop irritating users, and give them what they want.

Related to the above point, but still worth mentioning. With some interstitials being difficult to dismiss (often purposefully designed as such), navigation is strongly impeded. That issue is gone.

Designers can simply opt for less intrusive app promotion methods, with 2 in particular recommended by Google themselves.

Interestingly, The New York Times has come up with another option, one they have named “Called Mobile Moments”. In essence, it matches the preferences of users according to each of 7 specific times (moments) of the day. Introduced in September, this idea corresponds with the results of a year-long study to see what their readers are open to reading at specific times of the day.

It’s an option that places control firmly in the hands of the user. So, new user-controlled promotional forms are in demand.

So the rush to remove interstitials has already begun.

At eTraffic Web Design, we offer expertise in Mobile Web Design, and can help you identify the best alternatives to use on your website.

For more information, and a run through on the options available, why not get in touch with one of our team. You can fill out our online enquiry form or call us on 1300-887-151. 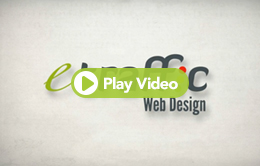